If you already have Acumatica, you need to check these out!  If not, send us an email at Marketing@Crestwood.com and see Acumatica for yourself – it’s an amazing system.

In the latest release, Acumatica Version 6.0 there are three enhancements I am excited about.  These all relate to the Parent/Child relationships.

Here are some examples and how-to’s.

Credit Verification Rules of the Parent Account can now be shared with the Child Accounts. To do this you go to:

I will be using ABC Holdings as the Parent Account and ABC Studios as the Child Account. 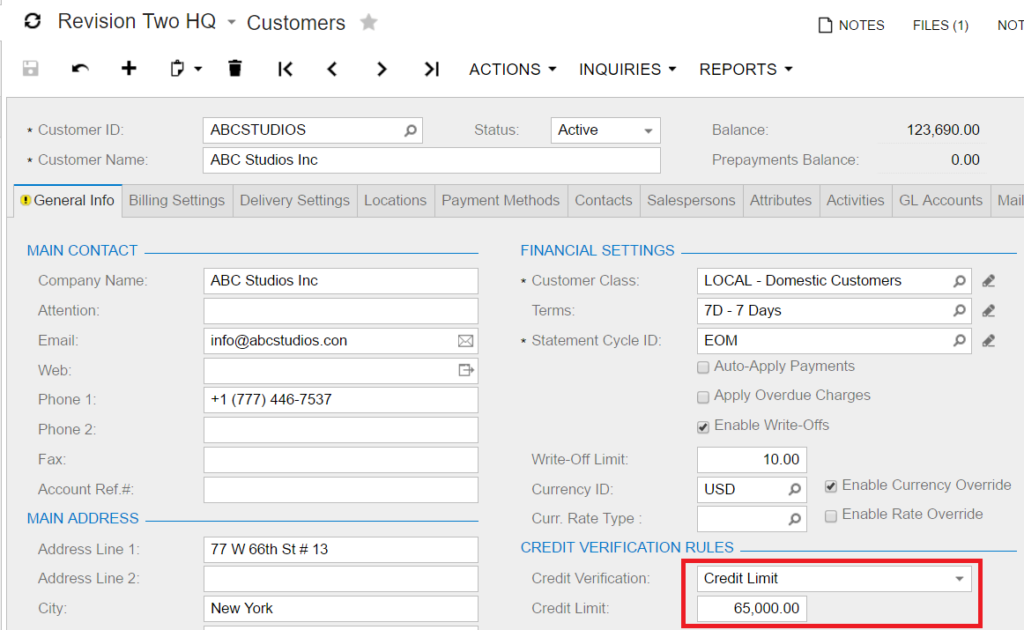 Note: In order for the Share Credit Policy check box to become available, you must have the Consolidate Balance check box checked.

Now if we go to ABC Studios (Child) you will see they have a Credit Limit of $300,000 and the Credit Limit is no longer able to be edited since it is being shared from ABC Holdings (Parent). 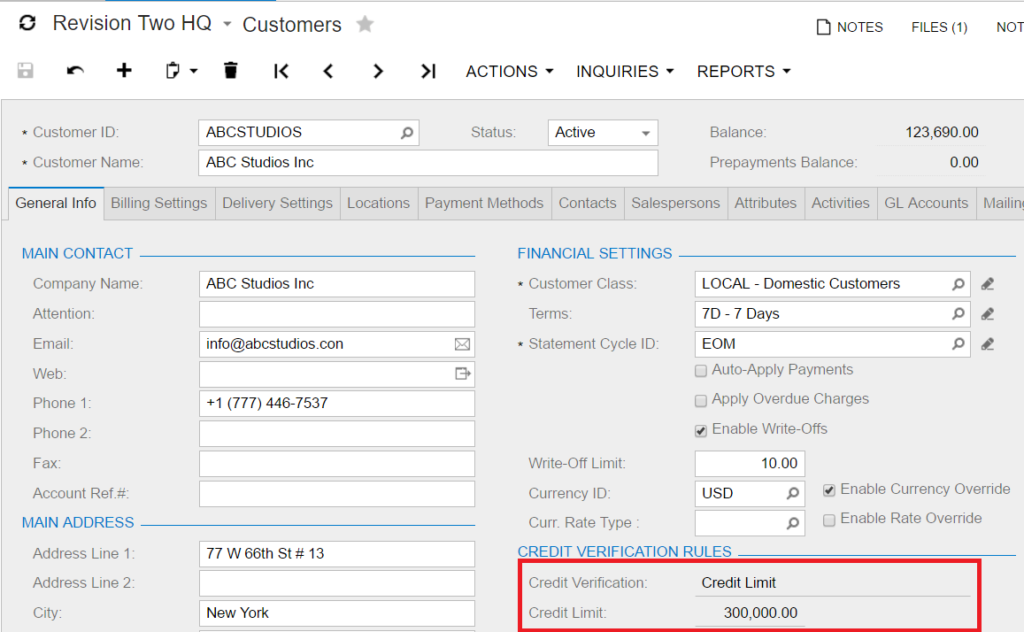 You will also see on the Billing Settings Tab the Share Credit Policy check box is automatically checked from when we checked it on the ABC Holdings (Parent) account.

Before we shared the Credit Policy, the Dunning Letters were issued separately. One to ABC Holdings (Parent) and one for ABC Studios (Child) as shown below. 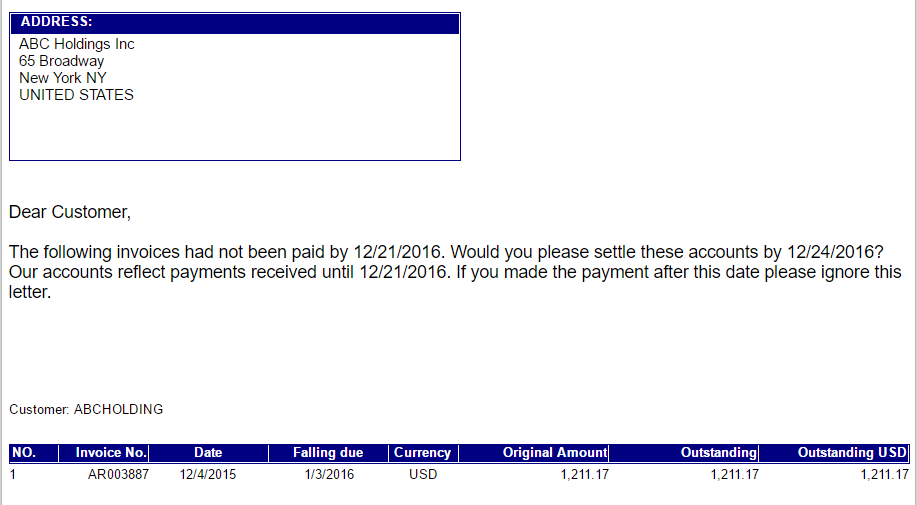 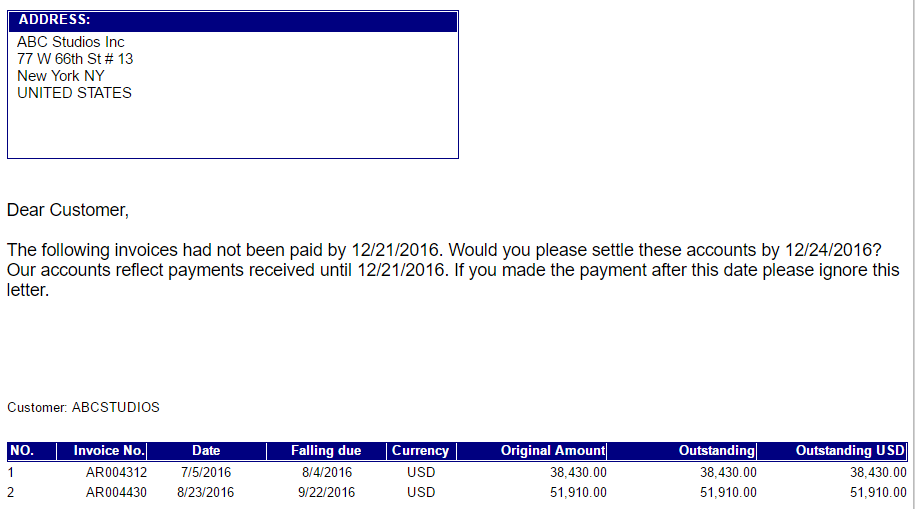 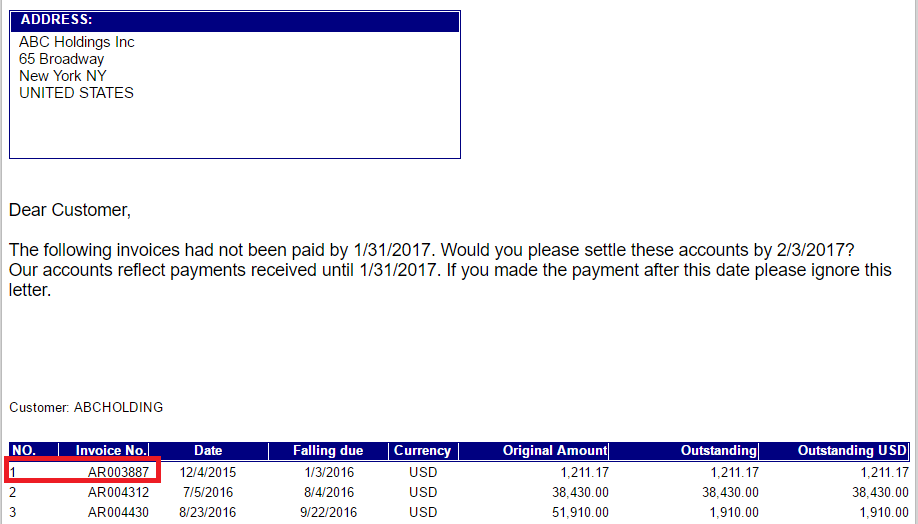 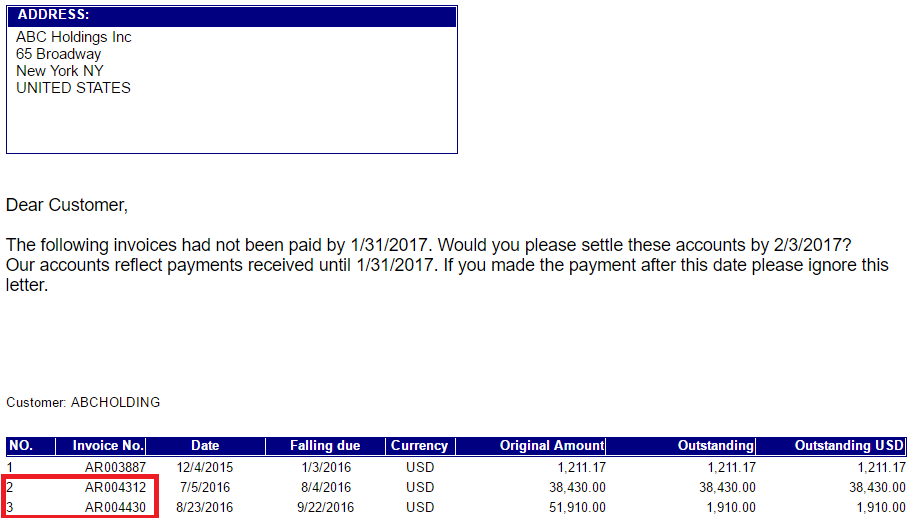 Another enhancement that happens when you have checked the Consolidate Balance check box, is the ability to review the Accounts Receivable Balance Reports with consolidated balances.

The Accounts Receivable Balance Reports are located at:

They are the following reports: 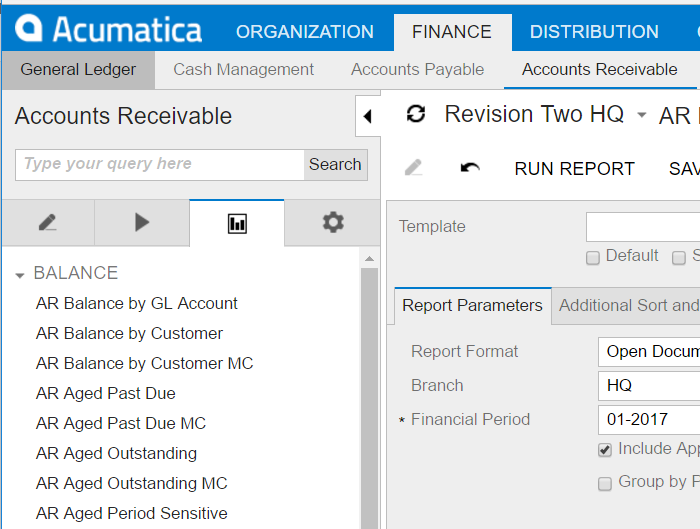 I will be using the AR Aged Outstanding Report as an example (Screen ID AR631500).

You now have an option to Group by Parent Account. 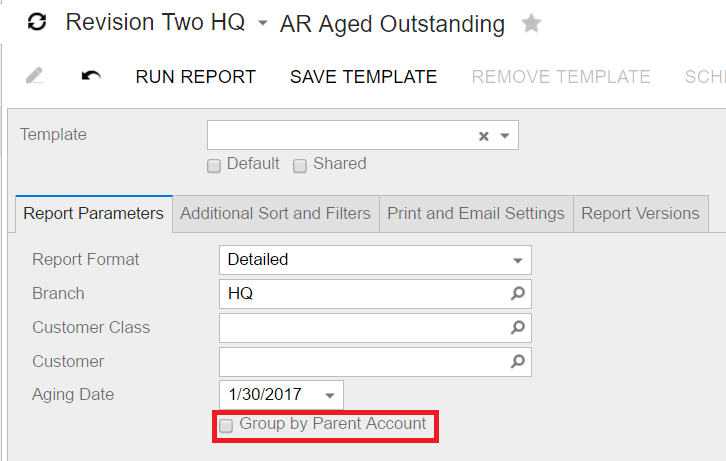 If you leave the box unchecked, your report will be as normal. You will see both ABC Holdings (Parent) and ABC Studios (Child) with separate balances as shown below.

I am sure these new enhancements will be beneficial to you and will make consolidating the balances between Parent and Child much easier.

If you want more information, send us an email at Support@Crestwood.com