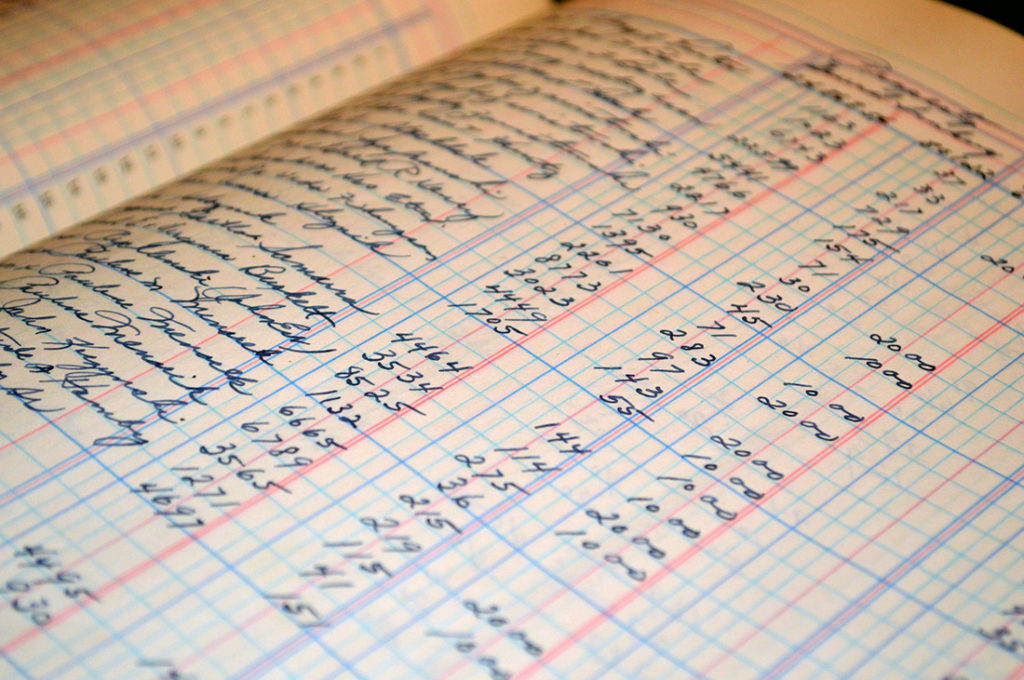 An additional checkbox has been added to the Posting Setup window. (Administration>Setup>Posting>Posting)

There is a new checkbox to allow “Post Through General Ledger Files” when the “Allow Transaction Posting” checkbox is also marked. 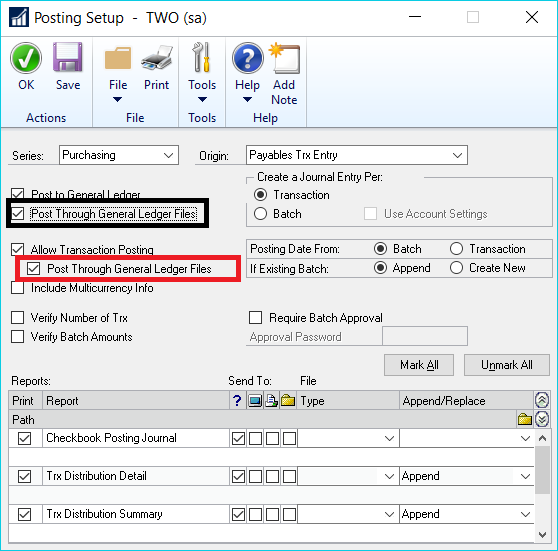 Once this checkbox has been marked, a payables transaction entry invoice can be posted at the transaction level:

The following lists the windows that users may post through the general ledger at the transaction level: 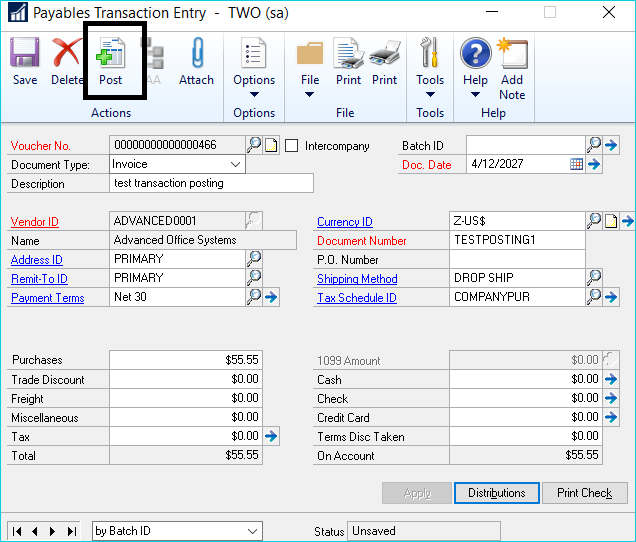 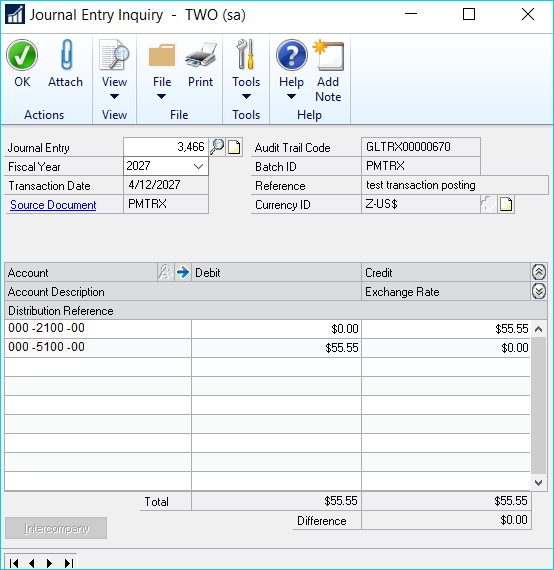 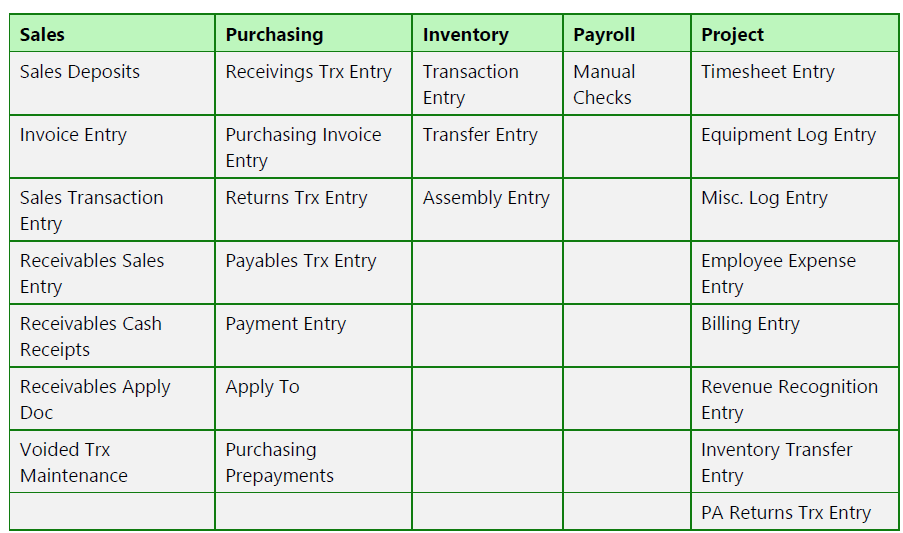 No more extra steps of dealing with separate batches! This is one of the many new features of Dynamics GP 2018 R2. Be sure to submit your own requests for what you’d like to see in the future!